Gallery talk with the artists at the Lamont Gallery at Phillips Exeter Academy. From the left: Jon Sakata, Jung Mi Lee, Deborah Barlow and Todd Hearon

Deborah Barlow is a Boston-based painter who has exhibited in more than 50 solo exhibits throughout the U.S., Canada, Belgium, Italy, the U.K. and Ireland. Recent exhibits include the Woodbury Museum and the Morris Graves Museum of Art. She documented the development of Clew on her blog, Slow Muse.

Todd Hearon is the author of two books of poetry, a devotee of the theater (as playwright, director and performer) and a musician. Recent collaborations include “Caliban in After-Life”, and “Crows in Eden: An Oratorio of Broken Voices.”

Jung Mi Lee and Jon Sakata perform internationally as concert pianists. Since 2009, the wife-and-husband team has collaborated with architects in the U.S. and Europe, exploring intersections between music and architecture in site-specific installations. Recent projects include: “Celebrating the 45th Anniversary of the Phillips Exeter Academy Class of 1945 Library”, and “INTERSTICES: The Space Between—Arch-i-pelago.”

Lauren O’Neal is a curator, artist, author and teacher. She has curated exhibits for the Massachusetts College of Art and Design, the Federal Reserve Bank and the Somerville Museum. Her artwork has been exhibited at the Portland Museum of Art, the Theatre Academy of Finland and Purdue University. She teaches in Boston University’s graduate program in arts administration. 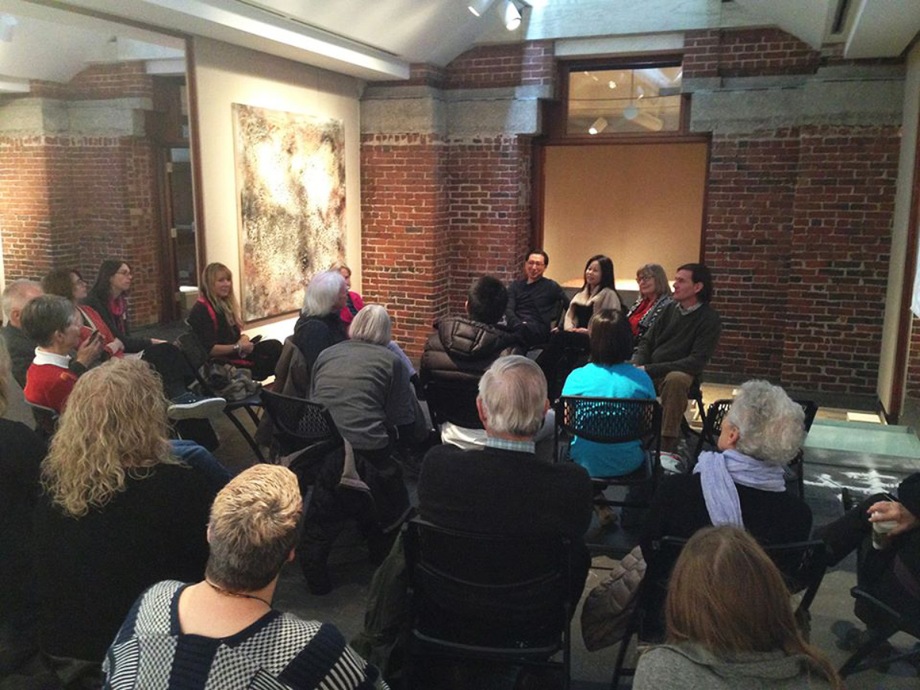